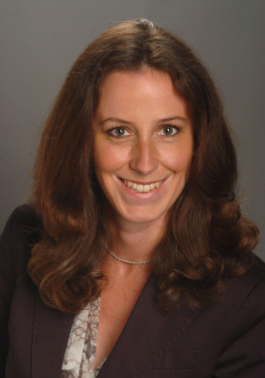 Nadja grew up in Austria, but has always had a strong tie to Istria, through her father and family background. Having spent a good part of her studies of Cultural Management and Tourism in Paris and London, it came quite natural that also her professional paths would take her abroad. After a short interlude at the Council of Europe, Nadja moved back to London and set foot in the meeting and incentive business, a sector she has remained faithful to until the present day. Her positions as Marketing Manager for the Austrian National Tourist office in London, and later as Director of Meetings & Incentives for France and the Benelux markets at the Paris office of ANTO, have made her well acquainted with these markets, countries and cultures that she has always felt particularly fond of. As a cosmopolitan at heart, one of her personal highlights were the 8 months she was able to work for the Sydney branch of the Austrian National Tourist Office, allowing her to explore and enjoy life down-under in its many facettes and differences to the ‘old world’. Sydney Harbour is where Nadja’s love for sailing originated, a passion that she now enjoys among the beautiful Croatian Islands.

After almost 10 years exploring ‘the world’ on various professional appointments, the time was ripe for something new, and Nadja moved back closer to her roots, setting up her own consulting business in tourism marketing and tour operating, and working from Graz and Trieste. While refurbishing her late father’s house in Istria, she got introduced to Ozren by their local fisherman, in 2014, and they soon found out that, beyond their love for good food, they had a great deal in common as far as visions and business ideas are concerned. The decision to join forces professionally was taken very quickly, and time has proved that it was a good one. The first big events came in fast, and after 5 years of successful cooperation as independent business partners, Nadja and Ozren decided to set up common grounds and concentrate exclusively on what they both do best and love most: organizing conferences, incentives and events. Illustris Events was born!

In her free time you will generally find Nadja somewhere near the sea, on a boat or in her olive yard, caring for her 65 baby olive trees, lately with the help of her 4 year old daughter, who is apparently set to become an enthousiastic olive farmer as well.